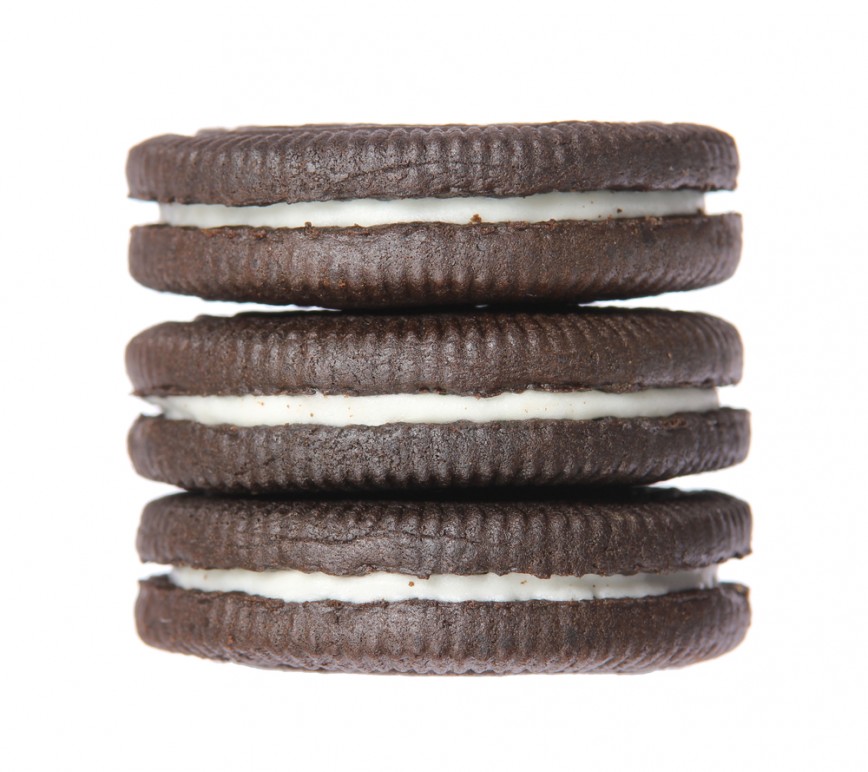 In 1912, Nabisco had an idea for a cookie – two chocolate disks with a creme filling in between. Yes, they’ve been around for a long time.  However, Nabisco did not have the original “two chocolate disks with a creme filling in between” cookie. That credit goes to Sunshine; in 1908 they introduced the Hydrox cookie, leading to speculation that Nabisco obtained the idea from Sunshine.  Here’s some more trivia for you.  In 1898, several baking companies merged to form the National Biscuit Company (NaBisCo).  The first Oreo cookie looked very similar to the Oreo cookie of today, with only a slight difference in the design on the chocolate disks. While I’m on a roll here with your history lesson let me add:   The cookie was registered in 1913 as Oreo Biscuit, in 1921 as Oreo Sandwich, and in 1948 as Oreo Creme Sandwich.

I know you’re now wondering about the name.  How did Oreo get its name? The people at Nabisco aren’t quite sure; seems odd to me!  Some believe that the cookie’s name was taken from the French word for gold, “or” (the main color on early Oreo packages). Originally, Oreo was mound-shaped, so some speculate Oreo stems from the Greek word ‘Oros’, meaning mountain or hill.  Still others believe the name is a combination of taking the “re” from “cream” and placing it between the two “o”s in “chocolate” – making “o-re-o.”   I personally am going with that version.  I’m from Ohio; you know the state with two eyes and says hi.

Ok, enough.  Here are two of my family’s favorite recipes using Oreos.  Kids love the cake and the Oreo Balls are great for tail-gating parties.

Blend together and put on top of cookie layer

Mix together.  Beat until thick and pour on top