Berlin is the capital city of the Federal Republic of Germany.  It is the second most populous city proper and the ninth most populous urban area in the European Union and located in northeastern Germany.

Berlin is a major center in European politics, culture, media, and science. It serves as a continental hub for air and rail transport. The city’s economy is primarily based on the service sector, encompassing a diverse range of creative industries, media corporations, environmental services,  and convention venues. Berlin is the third most-visited tourist destination in the EU.

Berlin’s culture is as multi-faceted as the city itself. It is varied, exciting and always original. Berlin is at the cutting edge of music, art and lifestyle trends. At the same time outstanding museums, orchestras and theatres continue to cultivate the city’s great traditions.  You’ll have plenty to do while living in Berlin.

Back To International Cities 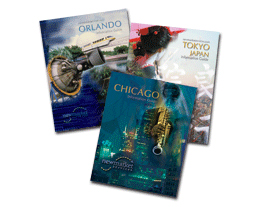 Berlin is the capital city and one of the sixteen states of the Federal Republic of Germany. It is the heart of the Berlin-Brandenburg metropolitan region, located in northeastern Germany. With a population of 3.4 million, Berlin is the country’s largest city, and the second most populous city (within city limits) in the European Union.  Berlin is located in eastern Germany, about 110 kilometers (65 miles) west of the border with Poland.

If you knew Berlin during the Cold War you will amazed at the way traffic now zips between sectors that once were rigidly segregated by border guards. Today, your taxi will blithely drive beneath the Brandenburg Gate or along the Friedrichstrasse, without regard to barriers that once used to be virtually impenetrable.

The first written mention of towns in the area of present-day Berlin dates from the late 12th and early 13th century. The suburb of Spandau is first mentioned in 1197, and Köpenick in 1209, though these areas did not join Berlin until 1920. The central part of Berlin can be traced back to two towns: Cölln (on the Fisher Island) is first mentioned in a 1237 document, and Berlin (across the Spree in what is now called the Nikolaiviertel) in one from 1244.

011 is the international prefix used to dial somewhere outside of U.S.A., when placing the call in the US.

001 is the international prefix used to dial somewhere outside of Germany, when placing the call in Germany.

It’s true: there are no speed limits on parts of the German autobahns. But there are plenty of other regulations of which you should be aware.  Don’t let the high speeds on German roads fool you into believing that there are no reduced speed zones. Usually, speeders will not be stopped at the time of the offense but will get a speeding ticket through the mail. This may be as long as two or three months after the incident. The German police use special cameras to catch speeders. Persons exceeding the limits by more than 40 kilometers an hour can count on losing licenses for a period of up to three months, plus a stiff fine.

Berlin is served by IC, ICE, EuroCity and InterRegio trains. The German train corporation Deutsche Bahn (DB) offers ICE connections between Berlin and other major German cities. If you arrive in Berlin on a national (non-regional) DB trip, you are entitled to use your ticket to travel by S-Bahn (local commuter trains), but not U-Bahn (the city’s underground system), to your destination as the S-Bahn is operated by the DB.

The city is served by three airports:

Located in the north-west of the city; the main airport for the flag carriers (Lufthansa, BA, Air France, KLM, Delta etc) and hub for domestic flights as well as those from western Europe and the USA.

ARD and ZDF are the national public channels in Germany, they provide most of the news and quality programming in the country.  Other channels are commercially run.  BBC World is a very good station that provides news and entertainment in English.  You can also get cable by calling your TV provider

Just like the pink-papered English version, but in German.

Most newspaper stands, especially in touristy areas, will have English language newspapers available.

The Egyptian Museum lies in one of the twin buildings facing Schloss Charlottenburg which were originally used as the royal barracks. The centerpiece of the museum’s collection is the world-famous, 3,000-year-old bust of Nofretete.

The Brandenburg gate is the unquestionable symbol of Berlin and is now regarded as one of the greatest symbols of German unity. It is the last remaining gate of the Berlin Wall and marks the western end of the famous Unter den Linden Boulevard. The statue on top of the arch represents Nike driving her chariot to victory towards the West.

Berlin hosted the 1936 Olympics and was the host city for the 2006 FIFA World Cup Final. The annual Berlin Marathon and the annual Golden League event ISTAF for athletics are also held here. The WTA Tour holds the Qatar Total German Open annually in the city. Founded in 1896, it is one of the oldest tennis tournaments for women. The FIVB World Tour has chosen an inner-city site near Alexanderplatz to present a beach volleyball Grand Slam every year.

German schools, both public and private, have gone through major changes in the last two and a half decades. Occasionally foreigners still expect the Prussian-type school with a rigid learning environment, no extracurricular student life, traditional teaching methods and classrooms equipped with just furniture and a blackboard. The reality is quite different.

There is a changing classroom environment: classrooms in elementary schools no longer have rooms designed for nothing but reading and writing. Educational environments increasingly offer abundant stimuli for the young learner. Research and inquiry-based learning strategies have entered the classrooms in many schools; “chalk and talk” is less and less the predominant teaching methodology.

Unlike many other countries, Germany’s educational system is based largely on the independent decisions of its sixteen states, while the federal government is responsible for university affairs and post-secondary education. The states cooperate – or try to – within the KMK, the Standing Committee of Departments of Education. For that reason, a transfer from a school in Hessen to one in Baden-Württemberg may be challenging.

Germany’s constitution guarantees the right to run private schools. By law, public and private schools are considered equally important. This is the basis for an undisputed system of governmental subsidies to private schools, of course, with the prerequisite that the schools follow basic guidelines and keep up required standards. No one would be allowed to establish a school in this country or even receive subsidies, which could not prove the use of a proper curriculum, the existence of appropriate facilities and the presence of a qualified staff, who have been offered legally correct contracts. Because of this constitutional guarantee, all parents paying taxes in Germany can credit 30% of their annual school fees against their tax burden. This tax break seemed in danger recently with the new federal government, but meanwhile negotiations have assuaged these fears.

The Berlin International School was founded in 1998 as a branch of a long-existing private school, the Private Kant-Schule. The school is planning to be the first to offer students a combination of the IB and the German Abitur, required for admission into a German university. Its location in Steglitz allows easy access by public transportation or by car and is just minutes away from the residential areas for many international parents.

The program is based on the English National Curriculum, adapted to the needs of the international students. The school is currently finishing a new building on the campus. There are plans, with the expected growth of enrollment, for a downtown branch in the future. The school runs a bus system.

The Erasmus International School is a new non-denominational private day school offering a complete K – 12 program.  Students will have the choice of matriculating with the International Baccalaureate or the German “Abitur”. The School is planned to grow to a size of 1450 students by the year 2010. Founding principal, Huib de Priester, has a background in international education and was formerly acting head teacher at the Berlin International School.

Most students are of US or German nationality, but there about roughly 15-20% of third country students in the various grade levels, representing about 30 different nationalities.

The Berlin capital region is one of Europe’s most prolific centers of higher education and research. With four universities, numerous private, professional and technical colleges (Fachhochschulen), offering students a wide range of disciplines.

The Freie Universität Berlin is one of the leading universities in the world and distinguishes itself through its modern and international character. It is also one of the largest universities in Germany, offering degree courses in more than a hundred subjects for 35 500 students – of which 15 per cent come from other countries. For many foreign scientists, too, such as fellows of the Alexander von Humboldt Foundation, the Freie Universität is the university of preference while they are staying in Germany.

The Humboldt Universität is Berlin’s oldest university, founded in 1810 as the University of Berlin by the liberal Prussian educational reformer and linguist Wilhelm von Humboldt whose university model has strongly influenced other European and Western universities.

The Technische Universität Berlin, with some 28,000 students, is one of the largest German Institutes of Technology. In contrast to most other such institutions it offers a wide range of subjects. In addition to the core subjects in natural sciences and engineering, the TU Berlin also has faculties and institutes specializing in planning, humanities, social sciences and economics. In the Berlin region it offers the widest range of engineering options.

The Universität der Künste (University of the Arts)

Reorganized into four Colleges – Fine Arts; Architecture, Media and Design; Music; and the Performing Arts, complemented by opportunities in educational and social science for student teachers, as well as a service-orientated administration, the University has established the conditions that will ensure its successful continuity in the new millennium.

It is its capacity for continual change that has enabled the University to remain open to new experiences in spite of its long tradition. As a result, it is regarded today as a pioneer in the development of universities in Germany, not only in the fields of pedagogy and research, but also on account of its overall structure.

Typically, you do not wait to be seated in German restaurants, and it is not uncommon to share a table with strangers. However, most Germans will think it odd if you try to initiate a conversation with them beyond just establishing that the chairs are available.

On the Baltic and North Sea coasts, seafood is the word; clams in dough, fish soups, crayfish pastries, and all kinds of smoked fish, with emphasis on herring and salmon (Lachs).

Electricity rates in Germany are among the highest in Europe. The easiest thing to do is register with your local electricity supplier, but you can also chose from a range of alternate providers.

Chewing gum while talking to someone is considered rude.

You can also obtain a list of English-speaking doctors through the worldwide network of IAMAT. IAMAT members receive a city-by-city directory of professionally qualified doctors who speak English or another language in addition to their native language.

Most Germans in cities live in various forms of urban housing such as apartments and semi-detached houses. Due to the destruction caused during the two world wars, most of the housing was built after 1950. Old properties (Altbau) usually have been built before 1914, since there was little construction between the wars.

At a German post office, you can do a lot more than just mail letters.  Anybody who’s been away from Germany for a while will find “Deutsche Post World Net” a shock. That’s the present name for the postal service, a piece of the former government monopoly, Deutsche Bundespost, that went public in 2000.


Powered by SMC NATIONAL.
Back to top