the State of Arizona

Located in the south western United States, Arizona, also known as the Grand Canyon State, sits as a gleaming, copper colored, jewel in the Sonora Desert. It directly borders New Mexico, California, Utah, and Nevada, and touches Colorado. As one of the Four Corner states it is one of the only places in the USA that a person can be in four states at one time. Internationally it borders that states of Sonora and Baja in Mexico along a 389 mile border.

The northern portion of Arizona is a mountainous region known as the Mogollon Rim, (pronounced Mug-ee-own). The rim is essentially a cliff or escarpment that spans an estimated 200 miles across the northeastern portion of the state and into New Mexico. The Mogollon rim is the south westernmost edge of the Colorado plateau and ranges between 5000 and 8000 feet above sea level. Much of the rim consists of limestone and sandstones which form many of the spectacular canyons that can be found across northern Arizona, including Fossil Creek Canyon, Pine Canyon, and, of course, the Grand Canyon. The Grand Canyon is a colorful, steep-sided gorge, carved out by the Colorado River. As one of the seven natural wonders of the world, The Grand Canyon is one of the top tourist destinations in the United States and receives millions of visitors each year. The Grand Canyon national park was one of the first national parks to be established in the United States and is only one of many places to visit in the State of Arizona.

Arizona has a rich Native American history and is home to many native tribes including the Navajo, Hopi and Yavapai. The first European encounter with the native tribes of Arizona dates back to 1539 when the Franciscan explorer Marcos De Niza brought an expedition into the area. De Niza was closely followed by Coronado and his search for the ancient city of Cibola, or the fabled city of gold. It would be another 300 years before what is now known as Arizona would exist. During that time a man named Father Kino established a chain of missions to teach Christianity to the indigenous tribes, Mexico achieved independence from Spain, and the Mexican- American war took the territory by storm. It was in the Guadalupe Hidalgo treaty in 1848 that specified that the US pay Mexico $15 million dollars for the land that would later become New Mexico and Arizona. The first use of the name Arizona was in 1861 when the territory seceded from the union as the Confederate Territory of Arizona. The name was made official in 1863 when Washington D.C. declared the western half of New Mexico the Territory of Arizona. On February 14th 1912, Arizona became the 48th state of the continental United States.

The population in Arizona exploded after World War 2 partially due to the invention of air conditioning and other technological advancements. The economic driving forces in Arizona are what is known as the five C’s, Copper, Cotton, Climate, Citrus, and Cattle. Two very important T’s can be added to the economic forces, Tourism and Technology. With the technological revolution, Arizona has seen an increase in the tech industry; in fact technology has become one of the major revenue resources just behind Tourism. The farming and mining industries may have taken a backseat, but still play a major role. Arizona is a great destination for both business and recreation offering its residents a variety of climates from the snow capped mountains of northern Arizona to the arid valleys of the Sonora desert. 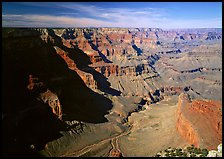 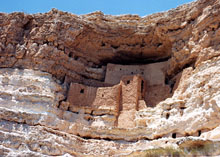 
Powered by SMC NATIONAL.
Back to top